King Gizzard And The Lizard Wizard – “Straws In The Wind” 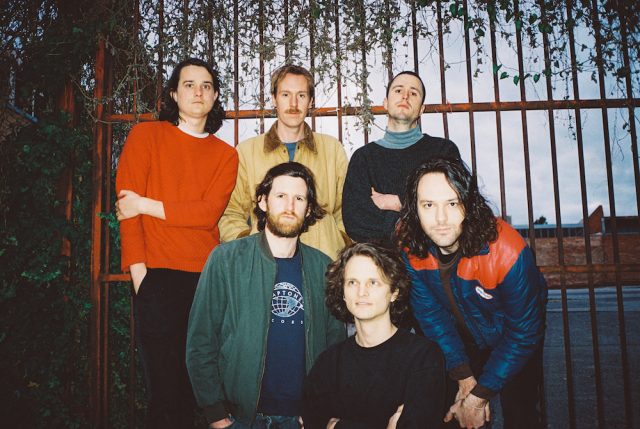 Right now, the Australian psych-rock troupe King Gizzard & The Lizard Wizard is in a state of transition. Last month, the band announced that drummer and manager Eric Moore was departing the band, leaving them with only one drummer. (The photo that you see above is the new-look six-member lineup.) But the Lizard Wizard are continuing to jam out new music. In the past couple of months, they’ve released the singles “Honey” and “Some Of Us.” Today, they’ve shared a new joint called “Straws In The Wind.”

“Straws In The Wind” is one of the Lizard Wizard songs where frontman Stu Mackenzie passes off lead-vocal duties to another member of the group. (Something I’ve never been clear on: Is Stu Mackenzie King Gizzard? Or is this a Hootie And The Blowfish situation where the name of the group is supposed to just be the whole band?) This time around, it’s keyboardist and harmonica player Ambrose Kenny-Smith in the lead.

“Straws In The Wind” stretches out nearly six minutes, and it’s a woozy and mostly-acoustic groove with nods toward Middle Eastern modalities. It’s a sign that the band is plenty capable of playing complex beats even if they’ve only got one full-time drummer. And it’s got a twister-themed video from director and longtime collaborator Jason Galea. Check it out below.