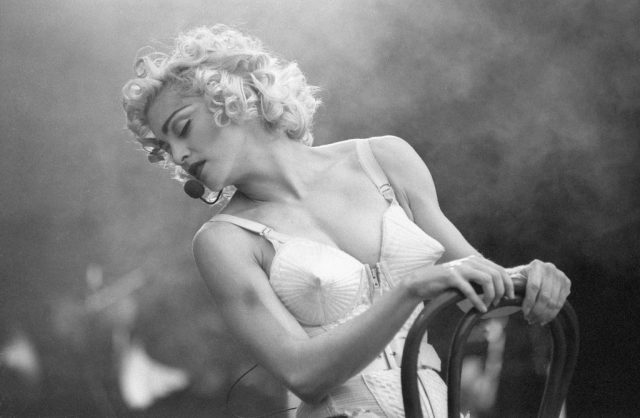 The Madonna biopic is officially a-go, according to a press release sent out on behalf of the pop star. She teased its existence last month with a photo of her writing a screenplay with Diablo Cody, and indeed the upcoming currently untitled biopic will be co-written by Madonna and Cody. In an interesting move, Madonna will direct the film herself. (Madonna has already directed two films: 2008’s Filth And Wisdom and 2011’s W./E..) Per Deadline, she won’t act in it but will, naturally, be involved in the search for who will portray her during the beginning stages of her career.

“I want to convey the incredible journey that life has taken me on as an artist, a musician, a dancer – a human being, trying to make her way in this world,” Madonna said in the press release. “The focus of this film will always be music. Music has kept me going and art has kept me alive. There are so many untold and inspiring stories and who better to tell it than me. It’s essential to share the roller coaster ride of my life with my voice and vision.”

The project is being produced by Amy Pascal for Universal Pictures. Though no title for the movie has been formally announced, a few days ago Madonna hinted through a hashtag on her Instagram that it might be called Live To Tell, named after a track from her 1986 album True Blue.

A few years ago, a script for a potential biopic about Madonna’s early career made the rounds (not written by Cody) but was never produced, maybe because Madonna wasn’t a fan, calling it “lies and exploitation.”