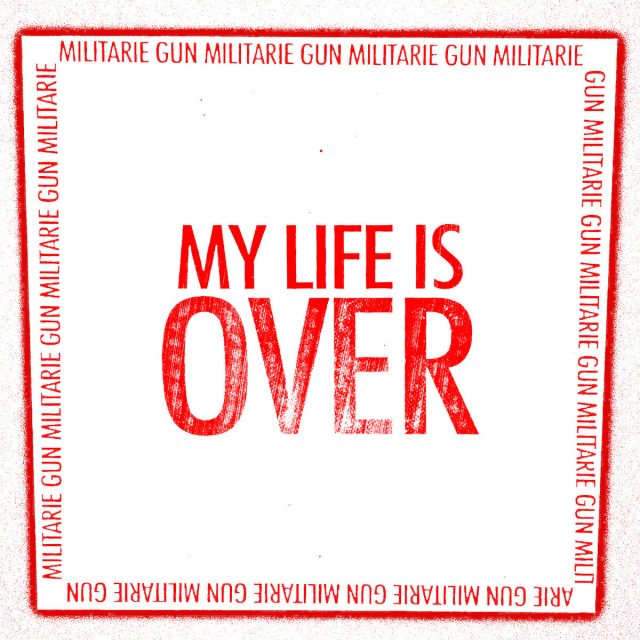 Ian Shelton, it would seem, has taken the pandemic as a challenge. The Seattle-born and LA-based Shelton is one of the most creative people currently working within the hardcore world. He’s a part-time member of Self Defense Family, and he’s also the mastermind behind the powerviolence squad Regional Justice Center. Regional Justice Center had to cancel a tour just as the pandemic was beginning, but since then, Shelton has done some great work with a couple of different groups.

This summer, Regional Justice Center put out two-records: Regional Jurtice Center, a two-song collaboration with Trapped Under Ice/Angel Du$t leader Justice Tripp, and “KKK Tattoo,” a sprawling and ferocious one-song single that already sounds like a classic. But Shelton also has a new project: Militarie Gun, a band that draws clear inspiration from the melodic post-hardcore of the ’90s.

Back in April, Shelton announced the existence of Militarie Gun, and he released a two-song demo. Shelton played all the instruments on that demo himself, but Militarie Gun is now a fully-fledged five-piece band that also features Drug Church guitarist Nick Cogan and Modern Color drummer Vince Nguyen. Today, the band has released its four-song debut EP My Life Is Over, and it’s a banger.

My Life Is Over includes the two songs from the demo, “A New Low For Progressive Society” and “Life In Decline” — two tracks that were too good to be relegated to demo status. It also features the new songs “Dislocate Me” and “Kept Talkin’,” both of which go hard. Militarie Gun’s whole sound is viscerally satisfying — like Shelton figured out how to fuse the most the most anthemic parts of Quicksand and the Jesus Lizard on songs that reliably hover around the two-minute mark. It’s equal parts ugly and pretty. Also, Regional Justice Center bassist Steph Jerkova adds vocals to “Kept Talkin’,” and she sounds like she will kick your nose through your skull. Stream the EP below.

Shelton also directed a video for “Dislocate Me,” which has the band playing in a warehouse while a couple hooks up on a couch in the background. Check it out below, via Flood.

The My Life Is Over EP is out now on Convulse Records.