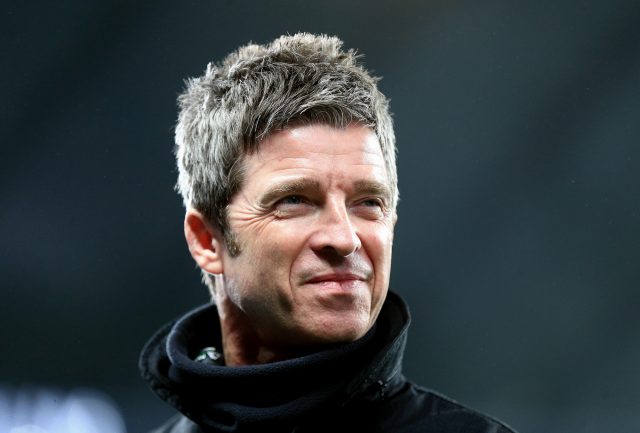 Noel Gallagher said that he refuses to wear a face mask in a new interview on The Matt Morgan Podcast. “I don’t wear a mask, no. The whole fucking thing is bollocks,” he said. “You’re supposed to wear them in Selfridges but you can fucking go down to the pub and be surrounded by every fucking cunt. Oh well, actually, we don’t have the virus in the pubs, but we have it in Selfridges, oh alright.” (Just yesterday, England announced new regulations limiting the amount of people gathering to no more than six after COVID-19 cases escalated, though pubs and restaurants are still open.)

“I was going up to Manchester the other weekend and some guy’s going, ‘Oh, can you put your mask on?’ on the train, and they said the transport police would get on and fine you a thousand pounds, but you don’t have to put it on when you’re eating,” Gallagher continued. “So I said alright, so this killer virus that’s sweeping through the train is gonna come and attack me and see me having a sandwich and say, ‘Leave him.’”

The host pushes back against Gallagher’s assertions throughout the interview, but Gallagher sticks to his guns. “Listen to me. When it’s a fucking law… when it’s a law, it’s not a law… there’s too many fucking liberties being taken away from us,” he said. “I’ve been in shops today, ‘Have you got a mask?’ ‘No I haven’t.’ ‘You’ve got to wear a mask.’ ‘Says who?’ ‘Says the manager.’ ‘Well, whose the manager?’”

“I don’t give a fuck, I choose not to wear one. If I get the virus, it’s on me,” he continued. “It’s not on anyone else. If every other cunt’s wearing a mask, I’m not gonna catch it off them. And if I’ve got it, they’re not going to catch it off me. I think it’s a piss take… The science anyway says it’s pointless.” (That’s not true.)

Gallagher is not the only British rocker who has expressed skepticism about COVID-19 recently. The Stone Roses’ Ian Brown has also come under fire for tweeting conspiracy theories about the virus.

If you’re wondering what brother Liam thinks about masks, a couple months ago on Twitter he said: “Don’t like but it’s gotta be done think it’s a crime to hide this face.” And a few days ago he posted this:

No mither no clue up your bum fuck You pic.twitter.com/DLEPNQ27dh