Chip reignites his beef with Stormzy with a new diss track, “10 Commandments.”

Even with just a pinch of familiarity about what is happening in the UK’s Grime scene, you should still be able to identify the names of the rappers waging war against each other. That’s how massive of a deal this is! The names include veteran Wiley, Stormzy, and Chip, formerly Chipmunk. As legend would have it, Stormzy has found himself involved in a beef with both men at different intervals within the same year.

Wiley was the first on the bill, as he and Stormzy traded some pretty harsh words on Twitter and on feverish diss tracks such as ‘Disappointed’ and ‘Eediyat Skengman.” Both men called for clashes in February 2020, with Wiley proposing a throwdown at the O2 arena and Stormzy opting for a set on the radio. Throughout their war of words, Wiley accused Stormzy of being a sellout for collaborating with pop acts such as Ed Sheran, among others. The tensions would eventually die down after no clear direction and location for a clash being decided among the two. Another beef blossom shortly thereafter, as Stormzy and Chip began to trade words.

Why Are Chip and Stormzy Beefing? 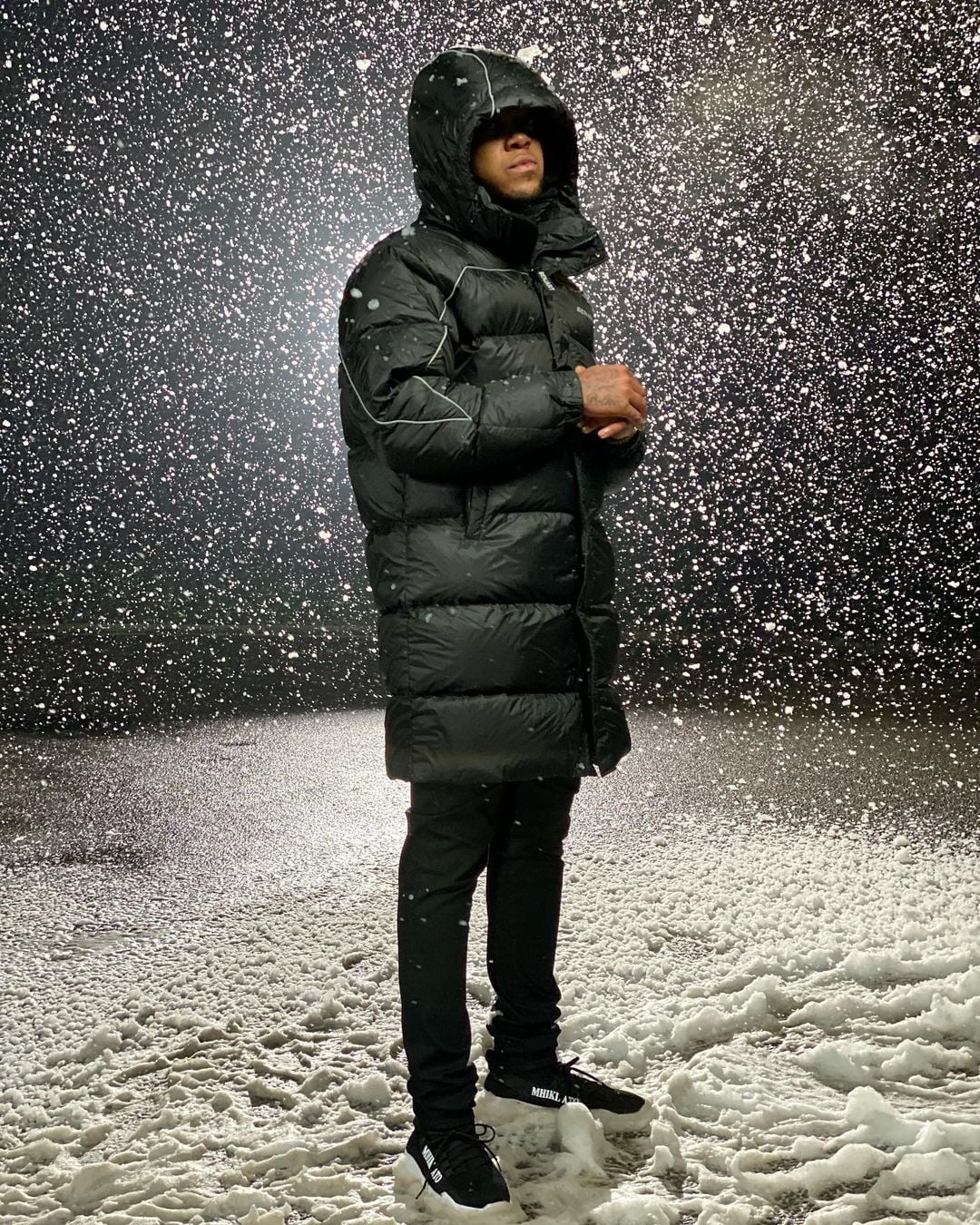 For many fans, it’s hard to decipher just why there is tension beef between Chip and the proclaimed King of Grime since both men have collaborated in the past. Chip released “Waze” in March of last year, which was supposedly a diss track aimed at Bugzy Malone. Apparently, Stormzy thought the bars were aimed at him and responded 2 months later with a diss track of his own titled “I Dunno,” in which he questions Chip’s motives.

In October, things escalated after video footage showed that Stormzy and his associates had visited Chip’s flat in June. “When you get sent a video of Stormzy & friends tryna run up on your house,” the “Every Gyal” rapper wrote. The unveiling of the video was timed perfectly with the release of “Flowers,” a hard-hitting diss track from Chip.

As for the video of his visit, Stormzy can be heard saying “Telephone me, innit”

Chip’s manager Ashley Rae-Tapping, who lives on the same block as her client, could be heard shouting to Stormzy has he walked away. “You think you can just pull up to people’s houses? No I ain’t gonna phone you, Stormzy. You’re disrespectful and that’s that.”

“Stormzy pulled unannounced to Chip’s building with 3 other people, the building which I also lived in but a separate apartment. The building was secure with gates… he didn’t knock he came in and was posted in the car park screaming for Chip to come outside. After being told to leave twice as Chip wasn’t home he refused and made his way to Chip’s apartment on the top floor where family were inside and it got heated and he caused a commotion so I called the police and so did the neighbours.” Ashley Rae-Tapping wrote on social media.

There have now been numerous calls from fans in the GRIME community for Stormzy to show Chip the same level of ferocity that he showed Wiley last year. This follows the January 15 release of “10 Commandments,” which is yet another Stormzy track from Chip. 41 one-year-old Wiley has now joined in on the conversation, using a video to explains why he thinks Stormzy is scared of his new rival.

Stormzy can’t ever go bar for bar with chip, he had so much energy for Wiley, where’s that same energy loool

Stormzy Fans believe Chip’s advances are simply to help him move more unit sales/streams, and their hero is actually the victim in the situation. What do you think about his?

Monthly bases!! Chipmunk moving like them hungry mans from the ends that never make it…everytime they go broke they come try it with the weak ones…..everytime chip needs to sell some shit just violate stormzy ??? stormzy the victim!! @Fisha1718 @adydrilla @a_standfield

How sure are you that he doesn’t care ? everyone cares when ? comes flying and is forced to handle it two ways FIGHT OR FLIGHT. Stormzy made the wiser choice.